A Busier Weekend In The Yorkshire Dales 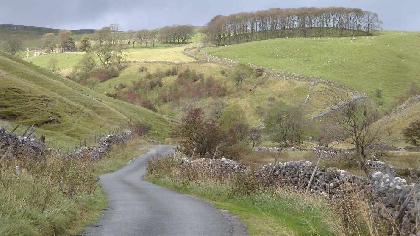 As expected, the Yorkshire Dales has been busier as the first weekend under new Government travel and exercise guidance comes to an end.

“To everyone who followed the Government’s social distancing guidelines and showed respect to the land, the community and each other, I want to say thank you. It was great to see the vast majority of people taking this on board.  Of course, there have been one or two exceptions and I would like to thank North Yorkshire and Cumbria police for their support in dealing with these.

Neil Heseltine, Deputy Chairman of the Yorkshire Dales National Park Authority, said: “Having taken the decision to open our car parks and toilets, the only car park to near capacity was in my home village of Malham. It was good to see the social distancing guidelines being followed and heartening to see a younger profile of visitor alongside first time visitors, and key workers coming out to clear their heads and get some well-earned exercise.

David Butterworth, Chief Executive of the Yorkshire Dales National Park Authority, said: “We recognise this weekend is only the start and we would urge everyone to continue to:

Respect the Land – Exercise within your limitations to keep pressure off local resources, and know the countryside code (you can download it here). Take care to respect the plant and wildlife which has thrived during lockdown.

Respect the Community – We recognise that many in the local community are amongst some of the most vulnerable groups of people. Many still need to self-isolate. While walking, please keep a safe distance from homes, schools, and farms.

Respect each Other – Stay two metres apart, keep within your family/household groups, and avoid gathering in Dales towns and villages where many of the shops and services remain closed. Finally, be kind and respect one another - whether visitor or local.