Conference discusses ‘How we build back better’ 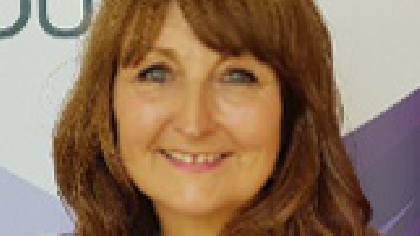 Just how we can achieve a green recovery and tackle climate change by building back better was discussed on Saturday 14 November at a virtual conference organised by Action on Climate Emergency (ACE) Settle and area.

With the government’s promise of a green recovery plan which aims to set out how to rebuild the economy after the devastating Coronavirus pandemic, actions taken now to respond to the current health crisis and rebuild our economy will have an impact for generations to come.
Taking up the conference theme of how to achieve a green recovery, the meeting heard from a wide ranging panel of speakers.

Councillor Edwina Hannaford Portfolio Holder for Climate Change and Neighbourhoods, Cornwall County Council told the conference of the action they were taking following a decision by the Council to declare a climate emergency in January 2019. Seven months later they agreed an ambitious action plan to be carbon neutral by 2030. She outlined some of the actions being taken to reduce carbon emissions in a county heavily dependent on tourism and although there was still much to do, 39% of the energy used in the county was produced by renewables.

Councillor Matthew Brown, Leader of Preston City Council, spoke on community wealth building as a way of building back better and incorporating a sustainable dimension. He explained it was about ensuring that people at work were paid a Living Wage, that employers invest in skills and training, and that financial institutions invest in the productive economy rather than financial speculation. The council continues exploring alternative methods of local democratic economic organisation and governance with emphasis on co-operatives, to bring wealth and prosperity for everyone.
Alicia Turner from the ACE Steering Group and a member of UK Youth Climate Coalition spoke about the need to mobile young people to campaign for action on climate change. She emphasised the need for international policies to combat climate change which would be discussed at next November’s COP 26 global summit in Glasgow. She also welcomed the election of president elect Joe Biden whose plan to tackle climate change has been described as the most ambitious of any mainstream US presidential candidate to date.

Sandy Tod from the ACE Energy Group and a Director of Settle Hydro spoke about the need for an expansion of sustainable local energy and for communities to benefit from the production of their own power.

The speakers were followed by a wide ranging questions and answers session which included discussing ways of developing sustainable tourism, the role of nuclear energy and priorities for government action to combat climate change.

Commenting ACE Co-ordinator and conference organiser Sarah Wiltshire said. “We will only tackle the climate emergency through wide ranging approaches locally through to internationally. The conference was a great platform for highlighting what's being done and is possible. We look forward to developing and supporting further actions, as the UK government raises its climate change ambitions in the coming months.”