CORONAVIRUS: Should North Yorkshire be subdivided in the tier system? 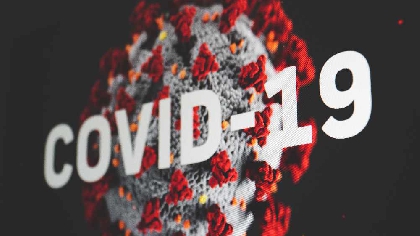 Talks are being held at the highest level to determine whether North Yorkshire - England's largest county could have different levels of lockdown in some parts of the area.

North Yorkshire County Council director of health and adult services, Richard Webb, said talks were ongoing about how any changes would be implemented:  “The feedback we are getting is that nationally Whitehall is minded to look at regional or sub-regional approaches.  However, there is no direction on that at the moment. It is for consideration as ministers and civil servants think about how they best respond to this issue and we have seen some regionalised approaches in the North East and elsewhere.

I think the issues that are on the table that need to be considered are that if the infection rate in Scarborough is half that in parts of Craven would you apply the same rule 80 miles apart?  Equally we need to think about how we prevent an escalation in cases in somewhere where they are currently low, we need to keep an eye on hospital admission rates, they are not as high as elsewhere but that could change pretty rapidly.”

Mr Webb said that it is not just infection rates that are used to decide if to move areas into different tiers. Hospitals admissions, the number of positive cases among people aged above 60 and other factors would be taken on board, he added.

Dr Lincoln Sargeant, the county’s director of Public Health, said the situation in North Yorkshire was further complicated by its borders with areas of higher infections, like West Yorkshire and Teesside:  “I think that creates a challenge for people in North Yorkshire around what happens if I work or need to travel into Leeds or Teesside for example.  There is an argument around the consistency of approach and I know there has been a lot of discussion around the regional/sub-regional approach so people have clarity.  So if you are in Yorkshire and the Humber there is one approach so you don’t have to check when you move from district to district to see if things have changed.  It is an ongoing discussion and debate which is likely to find the balance between local measures and the kind of broader consistency of approach that is easier to message for people.”

Dr Sargeant added that the infection rate in North Yorkshire continued to track the national average at the “predominant spread” of the virus in the county came from households mixing indoors.  He said the figures were “much, much lower” than what the county was seeing in April and May: “The difference we are beginning to see is that the number of infections slowly influencing the number of cases, that is people who are becoming ill and becoming hospitalised.”  He added, the county was not “in the ballpark yet” of hospital rates at the start of the pandemic but he warned:  “It is important that we maintain vigilance as that is exactly what we want to avoid, we want to keep admissions low that is why all our efforts are about keeping infection rates low and preventing that translation into cases.”

North Yorkshire has a rate of 112 cases per 100,000 people on a seven-day average but individual districts differ greatly. Scarborough has a rate of 80 compared to Harrogate at 147.  He also revealed that 88 people were currently in hospitals in North Yorkshire, with 10 of these people in Intensive Care beds.