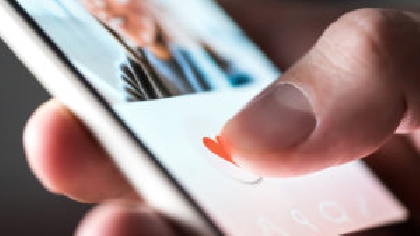 North Yorkshire Police is today joining forces and partners across the country in a campaign to raise awareness of romance fraud and help protect individuals from falling victims to these skilled scammers.

North Yorkshire Police Financial Abuse Safeguarding Officer, Andy Fox, explains: “Romance fraud is where someone creates a fake online profile and after gaining the trust of an individual, uses their relationship to request sums of money. Fake profiles will often feature photos taken from other people online and may pose as a US army officer or businessman based overseas. Monetary sums will be requested to pay for urgent medical care or even plane tickets to visit the UK, usually alongside a story designed to elicit sympathy and on the promise of it being repaid.

“These fake profiles will typically be on dating websites and apps but we are now seeing a number of incidents where victims have been targeted on gaming applications which allow players to communicate with each other. Although the requests for money start small, they quickly escalate and many victims have lost hundreds of thousands of pounds to these fraudsters.

“The individuals who undertake romance fraud are highly skilled in both earning trust and cultivating what feels like a loving relationship so the impact on victims can be huge – financially and emotionally. We’re urging anyone using online dating to be vigilant to the signs and also to look out for friends and family, helping safeguard them from becoming victims.

“There can be a perception that the people who fall victim to romance fraudsters are of a certain age or gender but the reports we receive show that literally anyone can be taken in by these calculating criminals. We’ve seen both men and women targeted with some as young as teenagers right up to those in their eighties.”

If you’ve met someone online, ask yourself the following questions:

Andy explains what you should do if you think you have been a victim of romance fraud:

“Cease all contact with the individual immediately and report them to the police or Action Fraud. We know that romance fraud is underreported for a number of reasons but one can be that victims feel embarrassed they have been taken in by these fraudsters. There is absolutely no reason to feel embarrassed and the police are here to support you.

“Not only can we give you advice and guidance to ensure you don’t become a victim again, all of these reports help us to build a profile of how romance fraud is undertaken so we can try to stop it happening to others in future.

Police forces across the country are working together with partners, including Match Group, to tackle romance fraud, with a combination of awareness raising and enforcement activity, co-ordinated by the City of London Police (CoLP).

The multi-agency campaign, running throughout October, aims to raise awareness of romance fraud and provide clear and unambiguous protection advice to the public, following a 26 percent rise in reports to Action Fraud in the last year.