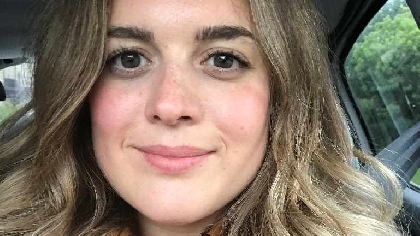 It's Armed Forces Day today (Saturday 27 June) and people are being asked to show their support for service personnel, it is also a time to think of their families.

There are over 3,000 school aged children – five per cent of the county’s school population - living across 12 military bases within the North Yorkshire area, most notably Catterick Garrison, the largest British Army garrison in Europe.

Away from the frontline North Yorkshire County Council is playing a key role in supporting families through its Service Pupils’ Champions - Nickie Young and Jessica Greenhalgh - who have continued to work alongside schools to offer support through lockdown.

In normal times the Champions offer workshops and short programmes to groups of children in schools to deal with social and emotional well-being.  They also help Service families, particularly those new to the area, providing a bridge between school and the Forces with neutral, confidential support.

As Nickie and Jessica are unable to visit schools, they have been going the extra mile during the pandemic to continue with their help for families who face many challenges during this difficult period. Jessica said: “We have been in touch with schools to identify those who need support, align support, and to make our contact details available. We have been offering weekly calls which have proved an important time for families to share any problems.  I think they find it nice to speak to somebody who gets it. We are both from military backgrounds so we know exactly what people are going through.”

All major unit moves were put on hold at the beginning of the pandemic, but there are now some military personnel arriving from abroad and the role of the Service Champions is to provide support if it’s required.

Nickie said: “Families were relieved to know that our support is still here. It’s been invaluable for parents who are adapting to teaching at home. Many need some reassurance that they are doing OK and are offering the right help for their children.”

The service has been supporting children who are transitioning from primary to secondary school in September. Nickie and Jessica have facilitated meetings with their friends virtually in order to alleviate any concerns.  The Service Pupils’ Champions also run a Dandelion Blog which gives Service children an outlet to speak about their experiences as being a part of a military family.

It was praised in a recent report by the Service Children’s Progression (SCiP) Alliance for the benefits of listening to Service children. The blog is deemed a success in finding out what they need and what they want to change, as well as spreading awareness so they get the best support.

The coronavirus chat edition of the Dandelion Blog can be viewed at www.servicepupilschampion.co.uk/Dandelions