New resource for families to launch during safeguarding week 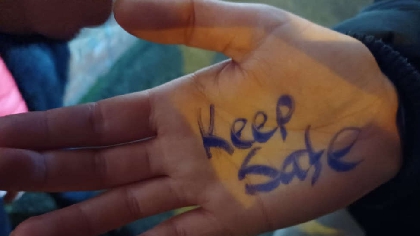 Information to help families spot the signs of child exploitation and seek help will be available online during a national safeguarding week which starts today. An extensive array of safeguarding experts will be running free online sessions, seminars and events in Yorkshire.

Some sessions will only be open to professionals working in safeguarding, but the majority of the sessions will cater for members of the public.  To coincide with the event, North Yorkshire Safeguarding Children Partnership (NYSCP) will be launching an information resource for parents, carers and young people on preventing and tackling child exploitation. The information will be incorporated into the partnership’s Be Aware knowledge hub, which is already a source of information for safeguarding professionals in North Yorkshire.

The new information will now provide clear advice to residents in North Yorkshire about the warning signs of criminal and sexual exploitation of children and young people and where to turn to if they are worried.

It has been created using the powerful experiences of families, children and young people in North Yorkshire who have experienced child exploitation and wanted to help prevent others fall victim to abuse.

One young person experienced criminal exploitation when he was offered money by adults to commit criminal offences on their behalf. He decided to contribute to the Be Aware hub as he felt his story could prevent other young people making the same mistakes.  He said: “I thought it was a good thing to do at the time because nobody my age was making the money that I was making.  He added that he felt like he was “going around in circles” trying to end his participation in the criminal activity but then being dragged back into it.  I was just stuck. That’s all I was. I was stuck and then I realised, this is a chance to get out. So I took the chance when I could.”

The young person’s mother, who also contributed to the Be Aware hub, added she thought her son had become dragged into criminal exploitation because he thought he had found some kind of acceptance.  “I think it was more that he found a group of friends that accepted him, but it wasn’t for the right reasons,” she said.  “Even though we’ve always set boundaries at home and he’s been brought up to know what’s right and what’s wrong. That didn’t make a difference. Because these people that he was hanging around with; he thought they were his friends. But they would just use him – getting him to do stuff for them.  Before we noticed there was something going on, it was too late.”

The newly updated Be Aware hub will go live on Friday, June 24 at NYSCP (safeguardingchildren.co.uk)

The North Yorkshire Safeguarding Children Partnership will also be running an online information session during safeguarding week, on June 24, with information on the Be Aware website and professional development programmes available.

Other sessions run during the week include:

The full programme of events is open for viewing and booking via EventBrite and early registration is recommended.  and the national event can be followed via the hashtag #safeguardingweek2022